The moment you got out from the car, the beauty before you overwhelms you completely. The excitement and the expectations that had been building up throughout the journey getting there is just waiting to burst forth. Your mind goes through the numerous images that you have seen before from postcards. Without wasting a second, with camera in hand, you jumped straight into the scene and shooting wildly, taking hundreds of pictures within minutes, burst after burst.

Yet, when you got home and downloaded the pictures into your laptop, only to realise that you have taken hundred of pictures of the same thing or location, some from a slightly different angle but many that looks exactly the same. Then a sense of regret or disappointment sets in and you wanted to hit yourself in the head for being so stupid and wasting so much time capturing the same scene and you wondered if there were more to the place than what you have captured, and you knew deep within, that being there was probably once in a lifetime opportunity. 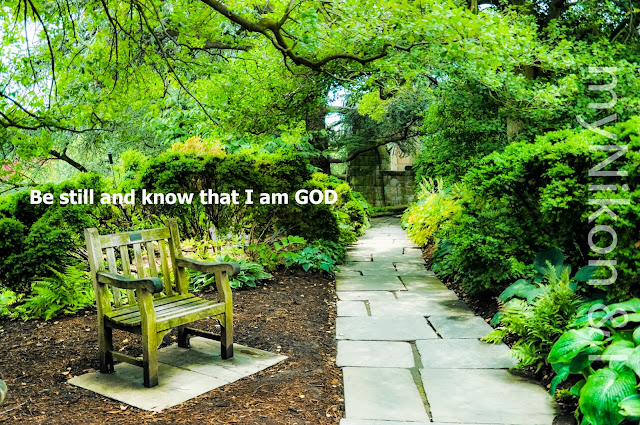 I have been in this situation far too many times than I can remember, especially earlier on when I first got my camera, not that I am not guilty of it even now. One possible reason could be that I was so fearful that I would miss out that perfect angle that I ended up spending so much time taking shots after shots of the same scene.

But as time goes by, I am learning, yes, learning to remind myself to remember to look at the bigger picture and also to pay attention to all the supporting casts. 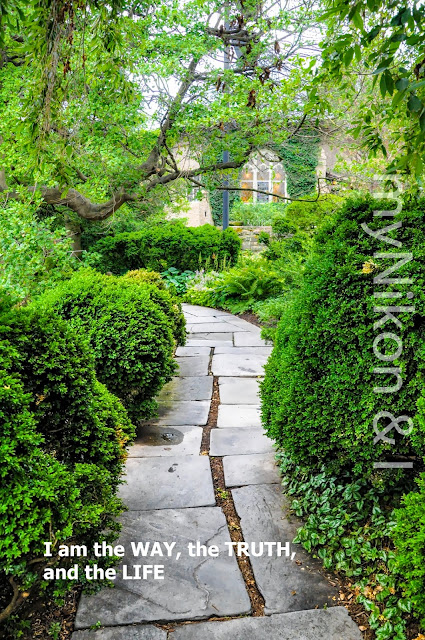 Besides frantically shooting the main cast of a particular location, which I still do (after all, that was the main reason that I was there in the first place), I am learning to spent more time looking at the surroundings, allowing the image captured within the frame of my view finder speaks to me. There are times when I have to close my eyes to break my tunnel vision, so that I could view the entire scene from hopefully a different perspective.

When I was at the National Cathedral at Washington DC, I was busy photographing the cathedral itself but at the same time, I was glad that I actually took the time to walk around the grounds of the cathedral and stumbled upon a small quiet garden and gave me shots that spoke to me even today as I looked back at them, still reminding me of the feeling that I actually felt when I was wandering through the small little path among the bushes, trees and scrubs. 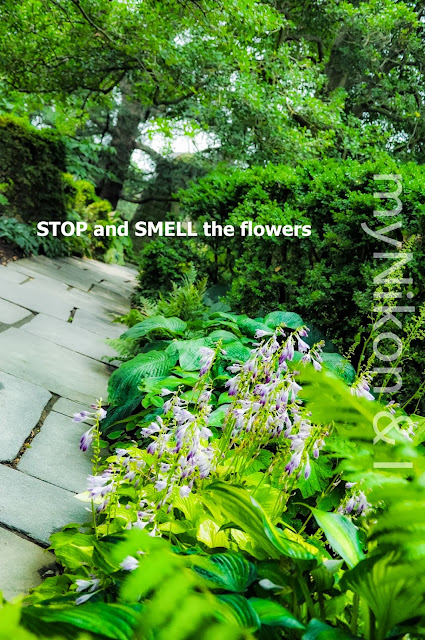 Let the picture speaks.
Posted by Daddy at 10:12 AM No comments:

There is something magical and romantic about autumn. I do not know exactly what it is but even a boring and simple place can be magically transformed into an interesting scene with a touch of romance in the air amidst the amber, orange, yellow and green leaves turning red. 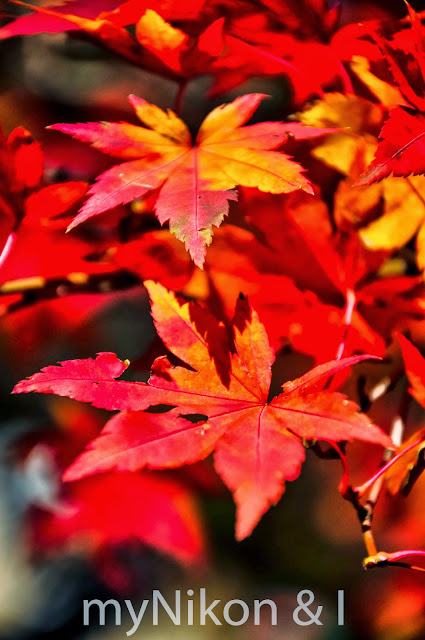 I have seen pictures of beautiful autumn from pictures of my friends who had the opportunity to visit New Zealand. The colours of the trees and hills were amazing and breathtaking. Ever since then, I harbor this deep desire and hope that I would have an opportunity to experience autumn in all her colours and grandeur.

Coming from Malaysia, a tropical country with only two seasons, namely the dry or the rainy season, the only way I could see or experience the four seasons is to get out from the country and that I did three years ago, when I had to opportunity to visit South Korea in October. I was all excited yet at the same time, worried that I would miss the beauty of autumn as I was told that the period of which the leaves actually changed colours before dropping off as winter approaches is rather short, namely only a couple of weeks. I had to be there at exactly the right moment. 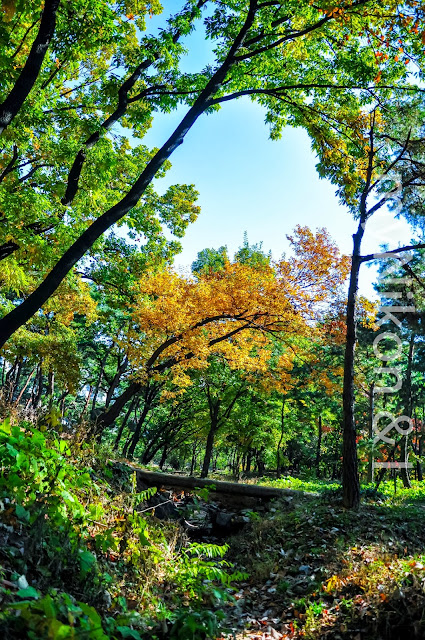 Taken at a park at the heart of Seoul

When I touched down in Seoul, the leaves was just about to change but most were still green, slowly turning yellow. The time was not yet right. I was a little disappointed and I was worried that I would miss it as I would be traveling to Jeju Island next and then back to Malaysia. 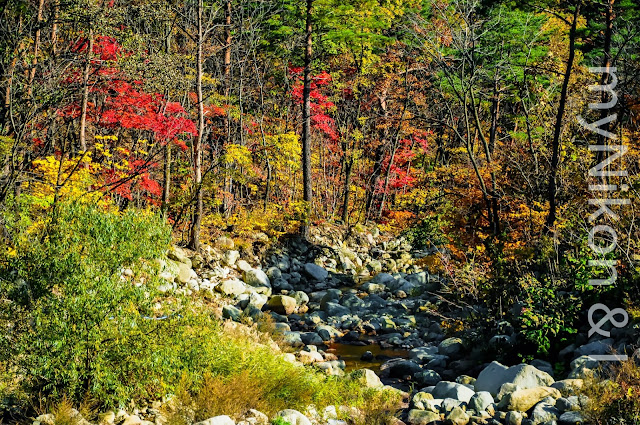 A spring at the foot of Mount Seoraksan

My dream came true when I made a day trip to the magical Mount Seoraksan. The higher attitude meant that autumn reached this part of the country a little earlier than Seoul and hence, the leaves were already changing. Luck was with me as I was there right in the middle of it all and I must said that I struck with awe, seeing these yellow, orange and red leaves with my own eyes. The scene looked so surreal to me and likened to one that has just came out from a post card that I have seen years before. Yet, there I was, absorbing the atmosphere, touching the leaves and breathing in the fresh autumn air. 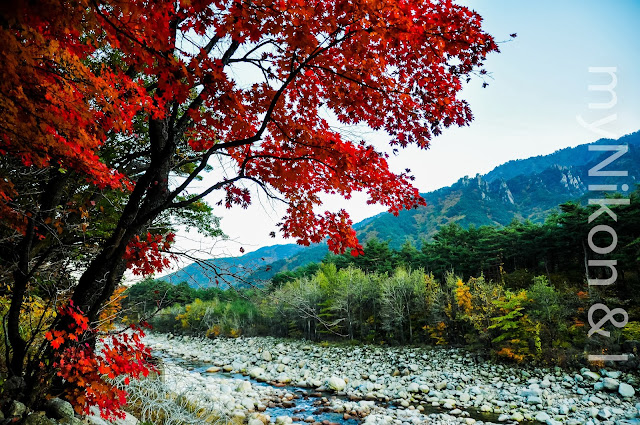 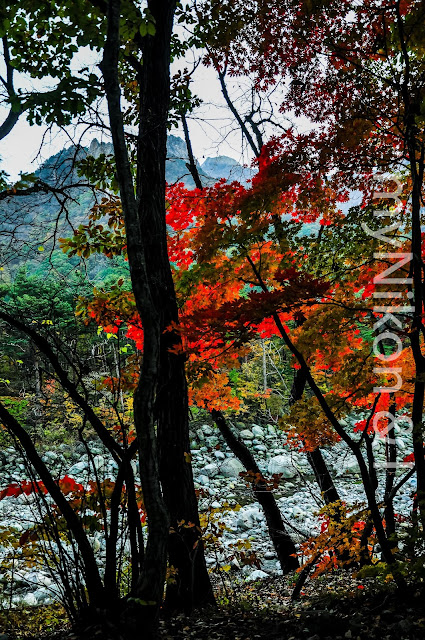 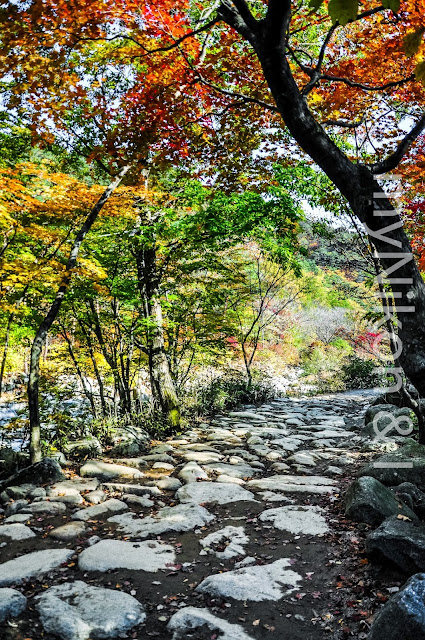 A serene and quiet walking path at Mount Seoraksan 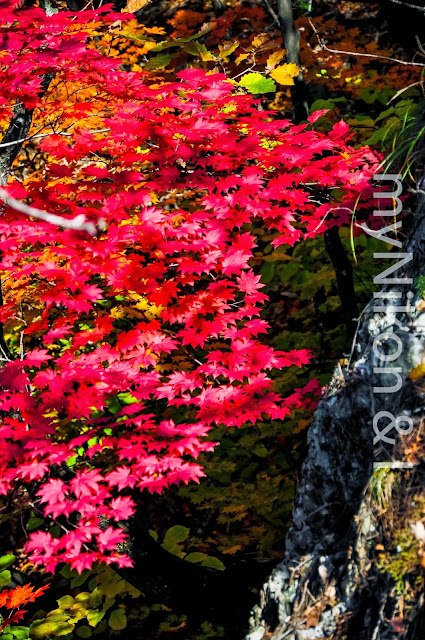 Just like a little kid looking forward to visit the circus for the very first time, my excitement is building by the day as the weekend approaches. I have checked and rechecked my camera gear for the umpteen time to make sure that I have everything ready and even bought myself an additional 16GB memory card for this trip.

I have a date with autumn! 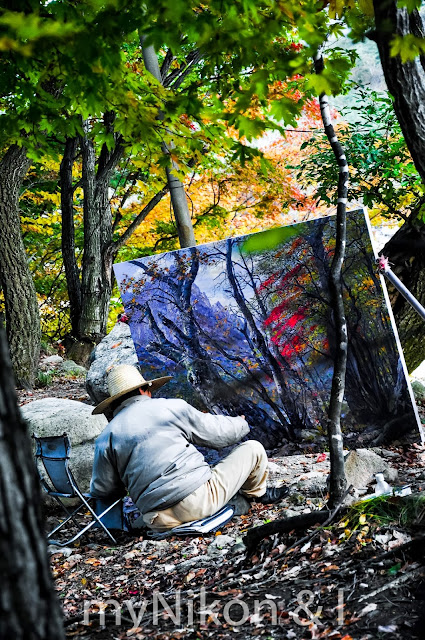 I am not the only one mesmerized by the beauty of autumn. I caught this very talented man capturing the beauty of autumn, the way he sees it on his canvas, as I captured him in mine. He was not too happy when he found out but this remains one of my favorite shot. Hahahaha
Posted by Daddy at 11:14 AM 1 comment:

Mentioned Universal Studio and images of adrenalin pumping and death defying rides come to mind. And yes, you are right. There are plenty of those and I just cannot fathom myself sitting in any one of these life threatening thrill rides. I would have if I was in my early twenties but not when I am in my late forties and with a phobia of heights that high. I am not even sure if my heart will take the pounding or my body could recover with all those adrenalin pumping. 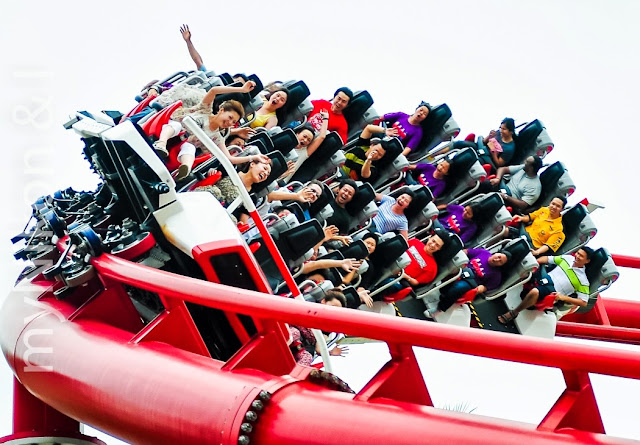 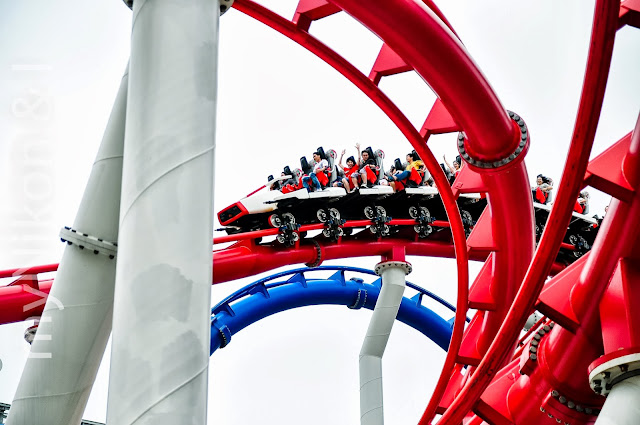 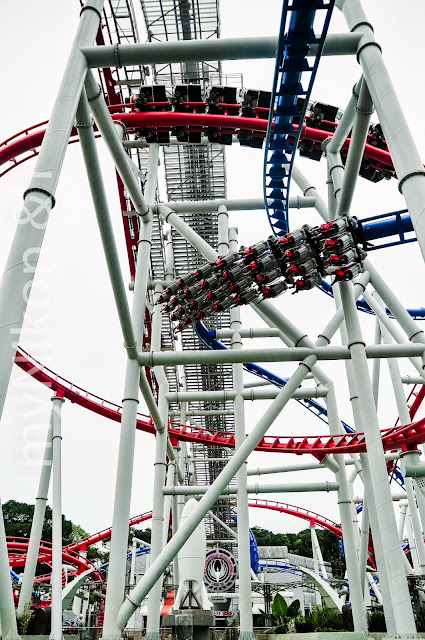 If you are game for rides, I am sure you will have the best  time in the world. I visited Universal Studio Singapore in 2011. Now, there is the new Transformer Ride which I heard which is simply awesome.

However, if you are not into rides like yours truly, there are still the various street performances to keep you entertained and engaged. There are normally held at specific times during the day at various location. Hence, keep an eye out and you would not be disappointed. 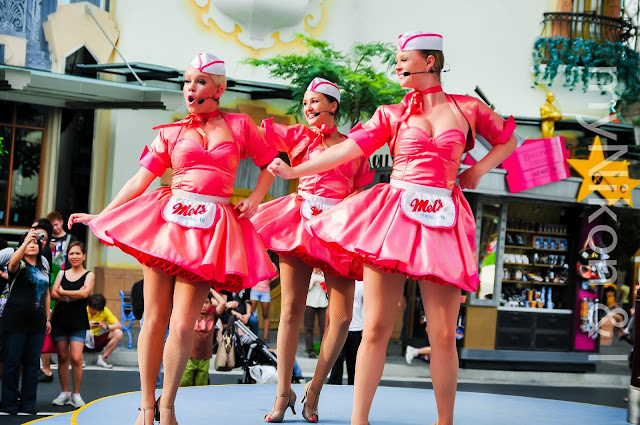 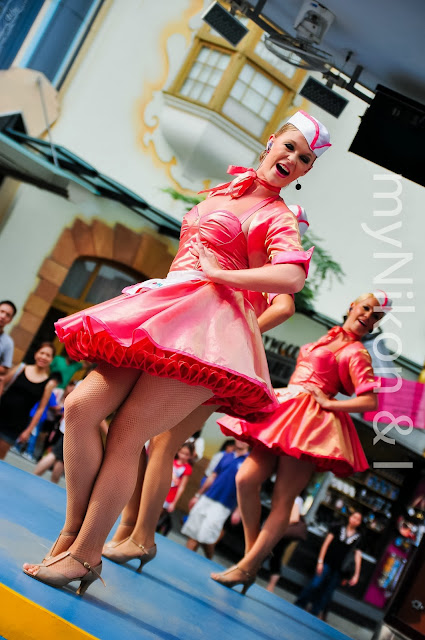 Lively dances by a group of voluptuous beautiful ladies 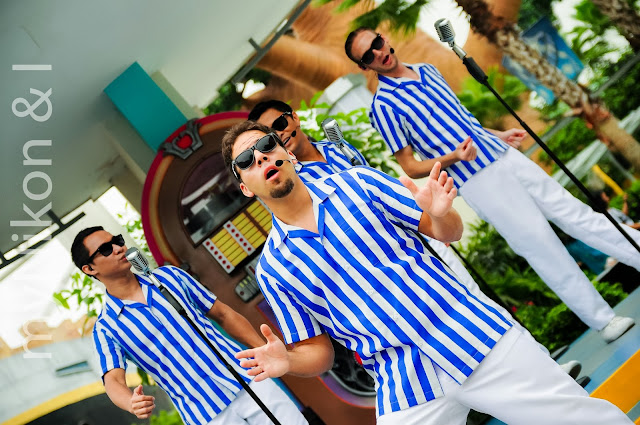 or the fantastic harmony of these group of dashing gentlemen that will surely make you weak at the knees.... 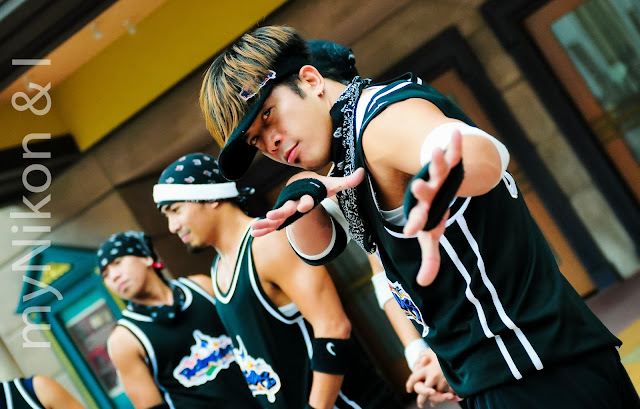 enjoy the pure youthful energy of these guys performing their street dance.
Posted by Daddy at 9:57 AM No comments:


I first visited Universal Studio at Los Angeles in 2008. I was not back into photography yet and hence had very little pictures to really remember the trip by. 2 years ago, when my wife has having a conference in the Sentosa Island in Singapore, I had to opportunity to stay on the island. I made it a point to spent an entire day at the Universal Studio Singapore and this time, with my trusty Nikon d90. 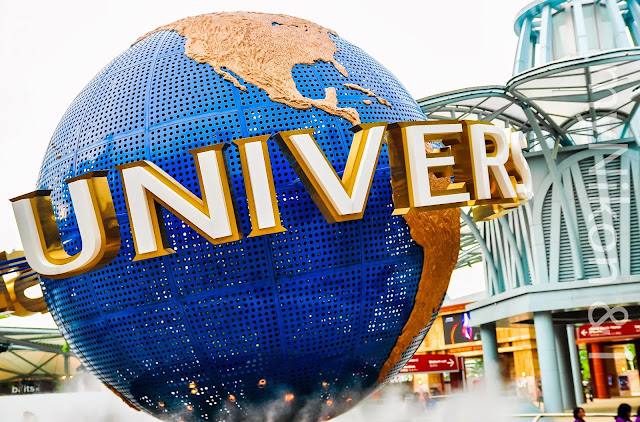 Knowing that there would be lots to see and experience and since I stayed at the Hard Rock Hotel on the Sentosa Island, which is within walking distance to the Universal Studio, I was one of the very first early few to make my way there. It was indeed pleasant with the cool morning air before the hot and humid Singapore’s weather kicked in and with lesser crowd.

I remembered the rides when I was in Universal Studio LA years ago but with my camera now, I start to notice that there were a dozen characters from the various Universal Studio movies that will pop up here and there when you least expect it. And there I was, hunting these characters to catch a picture to remember them by and I was certainly not disappointed. 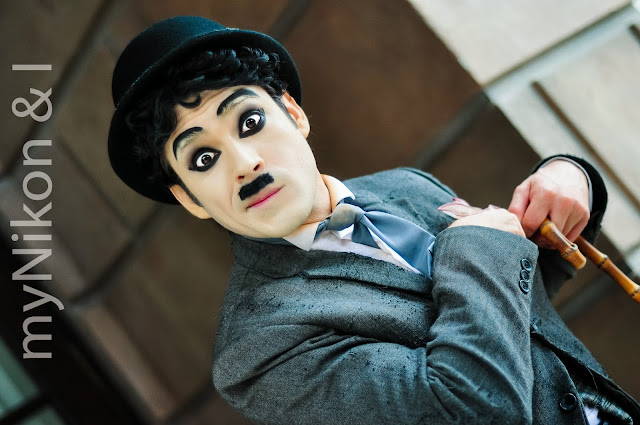 The evergreen and famous Charlie Chaplin making his appearance ... 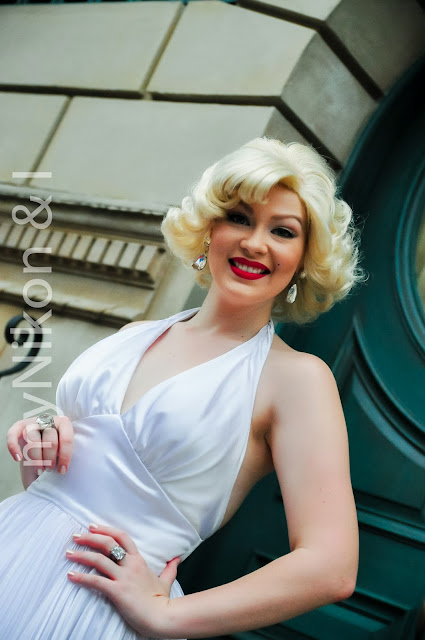 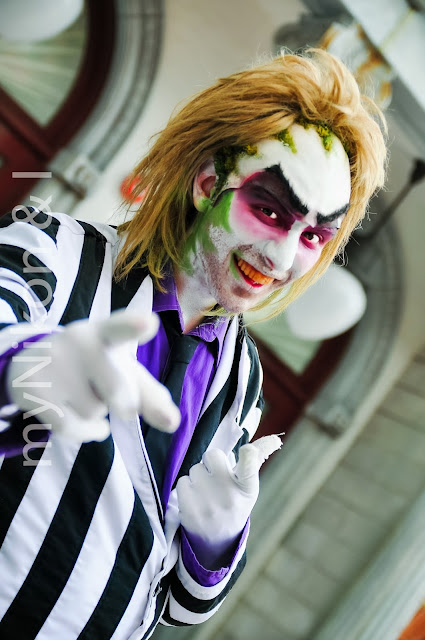 and then there was this character - BeatleJuice, scary but colorful 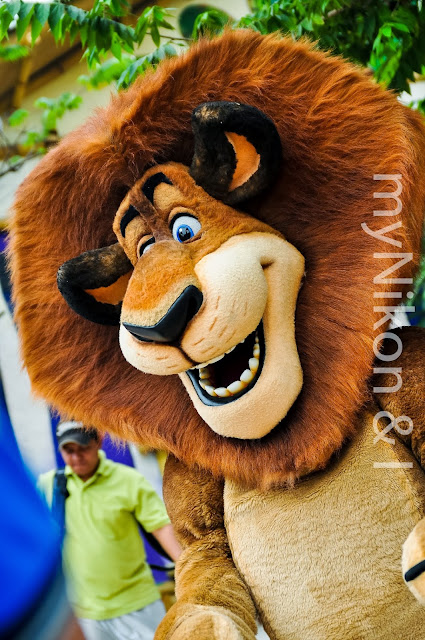 How can we missed out the lovable characters from Madagascar .... 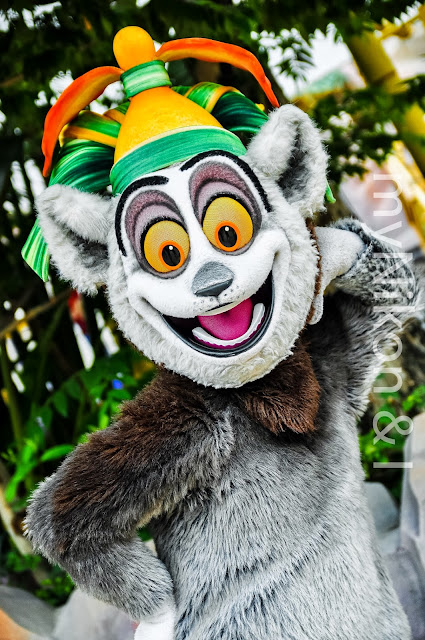 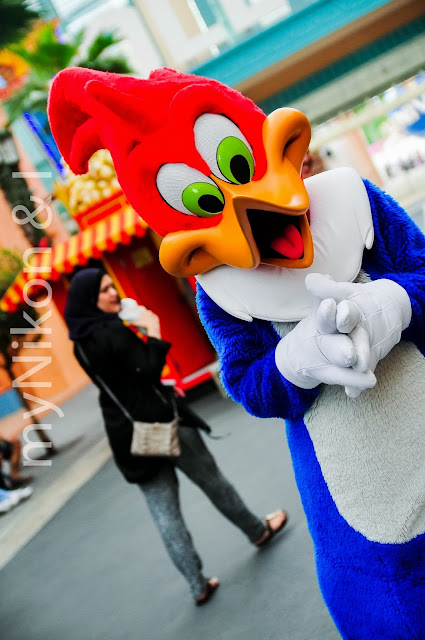 One of the characters that I grew up with ...Beep Beep the Road Runner 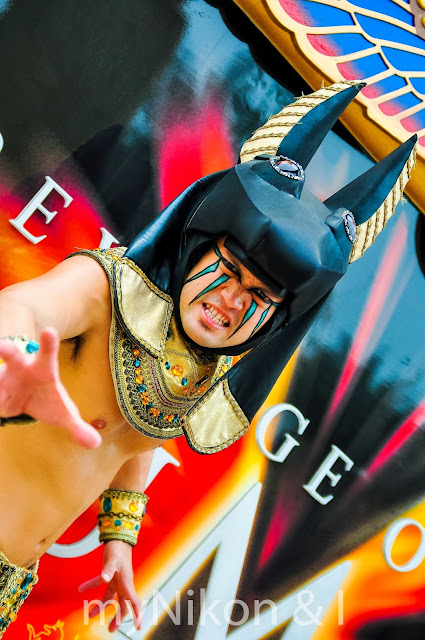 From the movie THE MUMMY 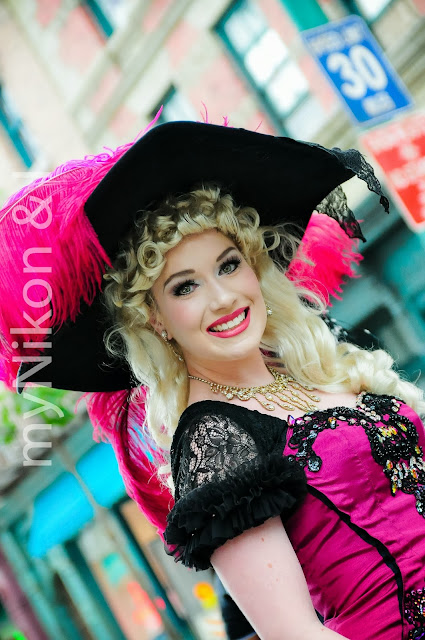 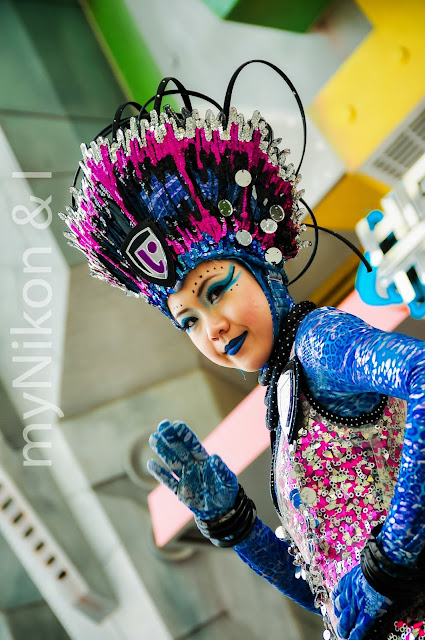 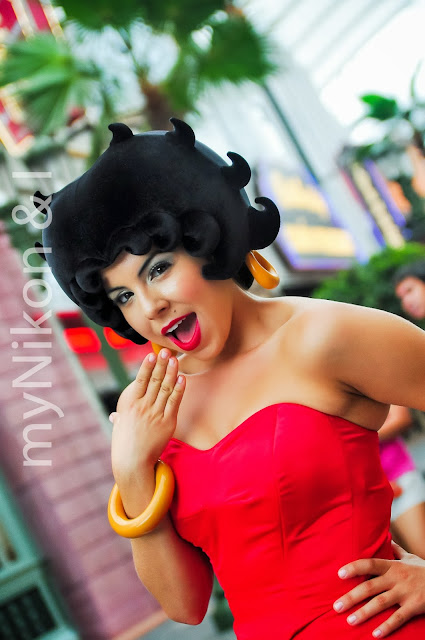 Well, one thing is for sure, there is never a dull moment at the Universal Studio and if you keep your eye out, there are bound to be different characters popping out here and there. So, keep that camera ready because you just might not know who you would meet next .....