I am back but briefly unfortunately. Living in China is great but unfortunately the GREAT FIREWALL of China meant updating blogspot or wordpress such a pain even with paid VPN.

Since I am back in Malaysia for a short one week, I thought I will take some time just to add a post to this blog of mine. I actually missed updating it but unfortunately, I have been having so much problems updating pictures to this blog and since this is a photography blog, it would be rather meaningless to update it without being able to upload any pictures.

For this one entry, I would like to share the one moment of a lifetime I had recently and it had to do with the Great Wall of China.

Since moving to China, I have been very impressed with this magnificent structure and has went to different parts of the wall to photograph it, from summer, spring and winter with the snow. The one season that I had not been there was autumn when the leaves turned yellow and orange and I heard that it would be nice.

Hence, during the last autumn last year, I waited till it was rather late in autumn making sure that there would be some orange leaves to make my trip. I wanted to hike the wild sections of the wall and I called my trusted guide, Aaron to arrange for a short hike from Jiankou to Mutianyu, a 2 hours hike along the wall.

The morning came and when I woke up, Beijing was snowing!!! Snowing in Beijing is rather rare considering that Beijing is dry. It can get bitterly cold but without water moisture, there were hardly any snow in the past 3 years. Not only was it snowing, we are officially still in autumn and it was snowing hard and it was cold! I was apprehensive and was considering cancelling the trip because I was afraid that it would be too cold to hike the wall with snow. Concerned friends advised me to cancel the trip as it would be dangerous, all the more that I would be hiking the wild unrestored walls. Some called me 'crazy. 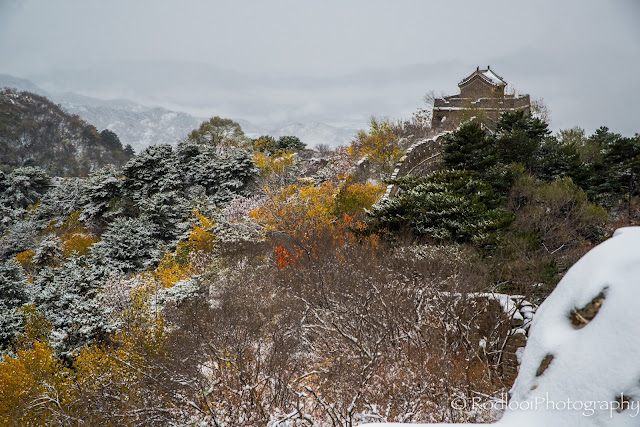 However, I was thinking that this would be a chance of a lifetime, to not only photograph the Great Wall with all the autumn leaves but also to photograph the wall with fresh snow in autumn.  I called Aaron and asked if he has any concern of safety. Aaron being Aaron is always super confident and said that it would be perfectly safe on the stretches we intend to hike that day. Taking his advice, we pushed on.

It was snowing throughout the 2 hours car journey to the section at Jiankou from Beijing. As we near the wall, I can see from afar, how thick the snow has covered some parts of the wall and she looked absolutely enchanting. The drive along the slippery road to the drop off point was far from easy. There were times, when the car could barely get a grip on the slippery road considering that the snow was so fresh and the driver was not prepare to drive that morning in the snow. 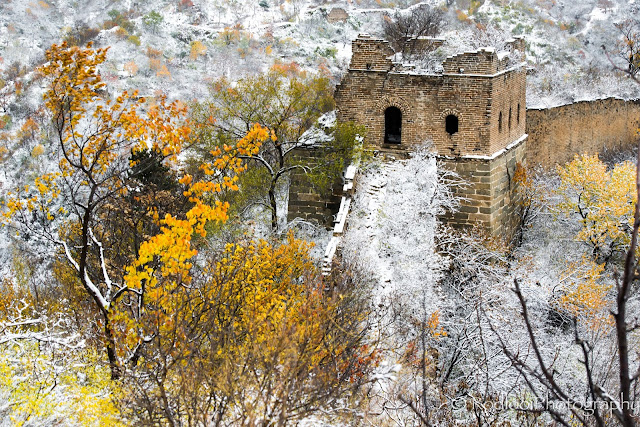 What a view the trip turned out to be. It was still snowing and since this is the first snow of the season and we were probably the one people out there on the wall, there were literally no footprints on the wall but ours. I had both my wishes fulfilled in one morning, photographing the Great Wall of China in autumn with the autumn leaves and fresh snow of winter. This is definitely a chance of a lifetime and I was there. 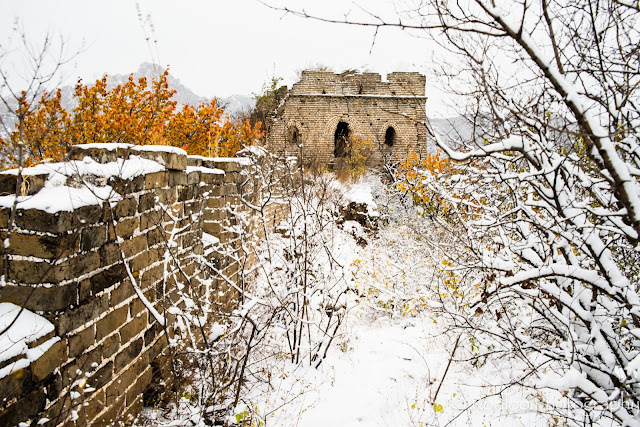 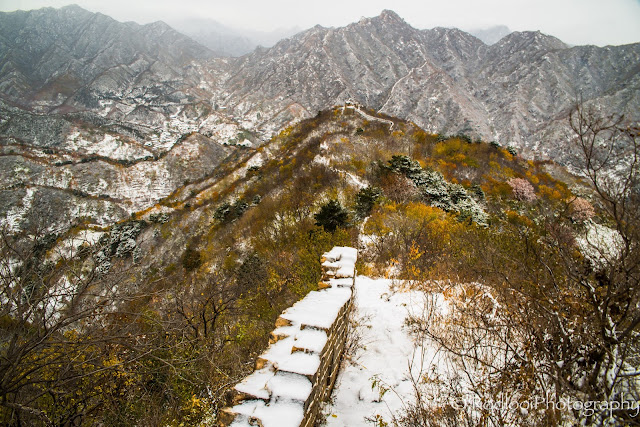 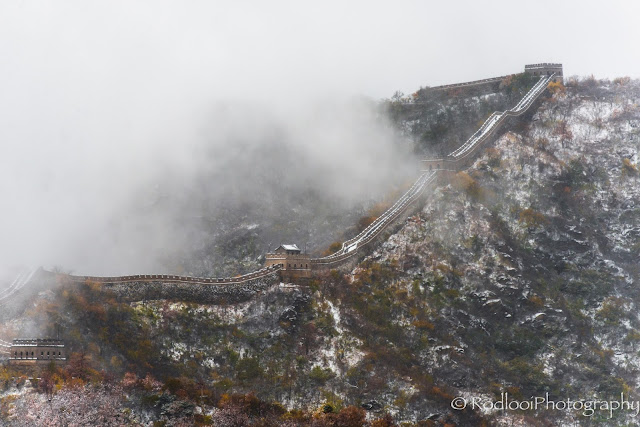 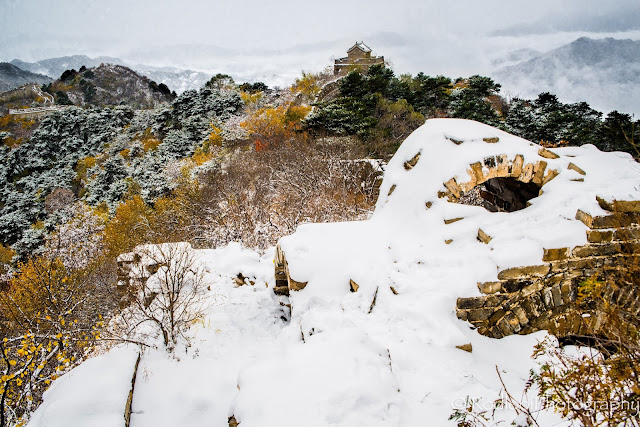 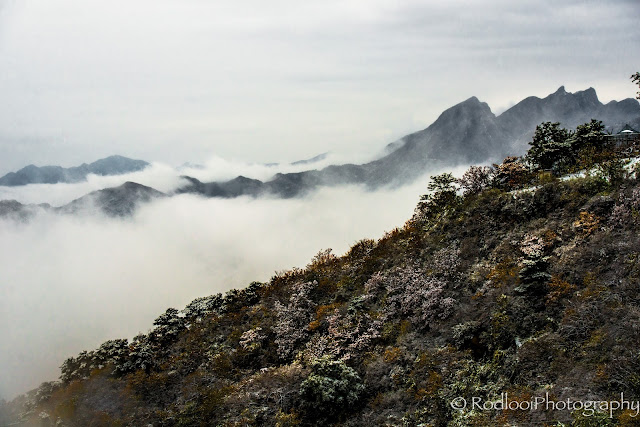 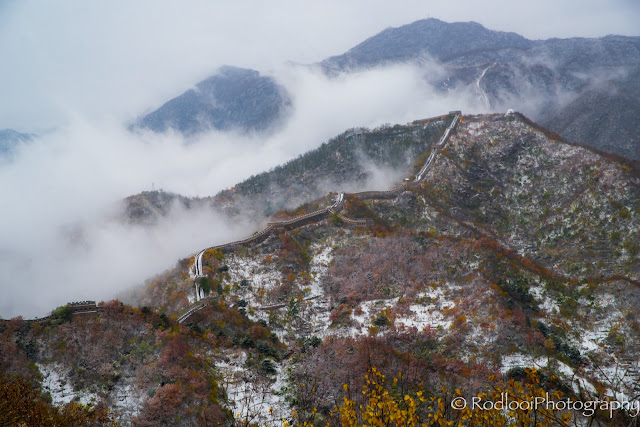 What a trip it turned out to be. I was mesmerised with the breathtaking view of this magnificent structure in all her majesty covered with that white blanket of snow dotted with yellow, orange and red leaves of autumn.

I have finally seen the wall in all her four seasons and more.